A not-so new term is emerging again as an efficient driver of external change. The concept of  intrapreneurship was first introduced in 1976 by a writer for the Economist who described future dynamic corporations as ones who would have internal competitive mechanisms.  By 1986, John Naisbett was defining this as a method for identifying new markets and opportunities and Steve Jobs cited the development of the MacIntosh as an intrapreneurial venture.

Fast forward to our issues of today and social intrepreneurship stands to reason as a critical driver of real impact by taking an inside-out approach.   As Josh Cleveland points out on nuPOLIS about the research he conducted for Making Your Impact at Work, the opportunity to create impact is tremendous.  “Social intrapreneurs have access to the social, intellectual, and financial capital of existing firms that can be leveraged in the pursuit of their social endeavor”, he writes.

Oftentimes social entrepreneurship requires a cultural shift which requires leadership and education.  Social intrapreneurs have the credibility to drive this change which inherently  influences thousands of touchpoints as it travels through the channels of interdepartmental and partner implementation.  Not only do social intrereneurs become ambassadors of change but they create lasting (sustainable) opportunities by opening up the dialogue for the intellectual and operational development of change.

Social entrepreneurship is getting all the buzz these days but social intrapreneurship might just be the stealth agent that advances our global progress on innovating social change. 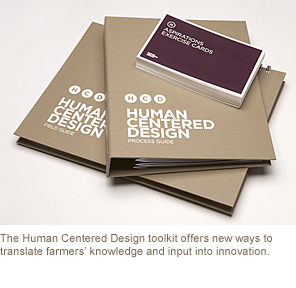 This is pretty cool.  IDEO and the Gates Foundation put their heads together and came up with a toolkit to help communities problem solve.  Using what IDEO calls “human centered” tools, this “how to” guide works acts like a consulting team in a box.  Only better.  It acknowledges the challenges of developing ideas when the meeting of minds requires the crossing of a language bridge.  The toolkit is free – downloadable in .pdfs.  And its been tested, in its early development phases  with IDE in Cambodia and Ethiopia, with Heifer International in Kenya and in its current format by Vision Spring in India among others.   The beauty of an open source format though is that development and testing is never done.  Feedback from designers using the four-part toolkit around the world is coming in and IDEO has plans to incorporate the input to enhance the next round. 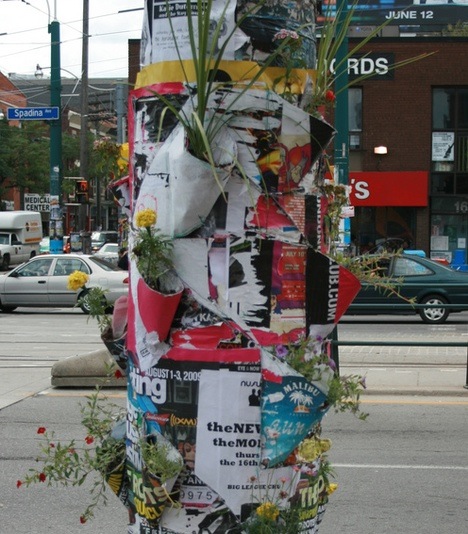 Do people get much more creative than this?  Talk about making a statement.  For more subversive gardening ideas check out http://www.treehugger.com/files/2009/07/guerilla-gardening-nano-scale.php.